To load the data from the CSV file (assuming you have set up a project folder as suggested in the book) and set the factor and its levels:

Alternative, load the data directly from the discovr package: 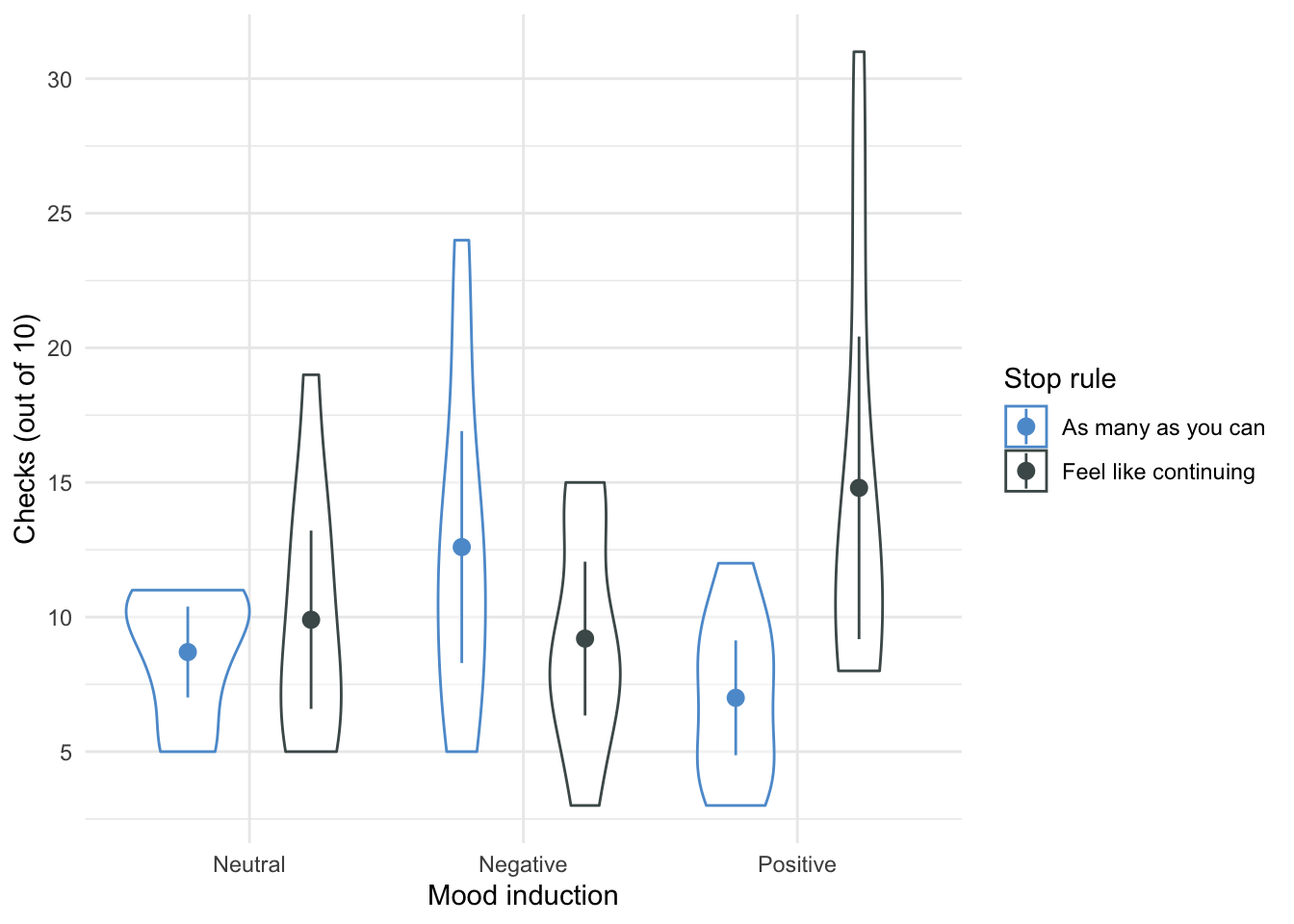 The plot shows that when in a negative mood people performed more checks when using an as many as can stop rule than when using a feel like continuing stop rule. In a positive mood the opposite was true, and in neutral moods the number of checks was very similar in the two stop rule conditions.

Fit the model and print Type III sums of squares:

The resulting output can be interpreted as follows.